Asset quality of banks in 2021

a.   Return on Savings negatively affecting payment for loans

To mobilize funds, Banks encourage savings from the public by offering better returns in the form of interest. However, the higher the interest rates on savings, the higher the non-performing loans (NPLs).

In banking, a non-performing loan is a loan (or another asset) that is in default or close to being in default (usually overdue for 90 days or more) 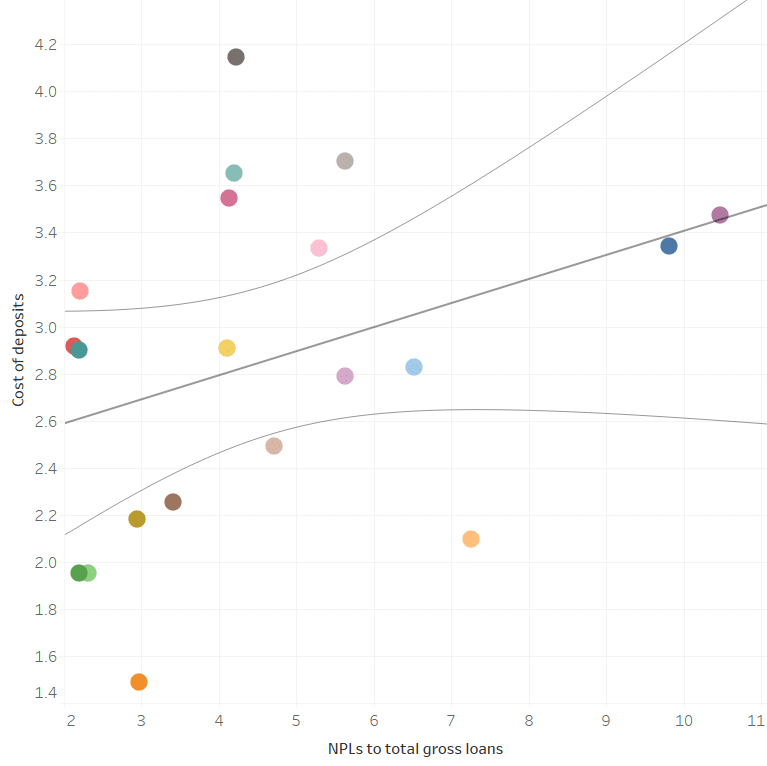 More than 41.18% of Banks paid higher on their deposits in 2019, a move that would significantly encourage savings. This move also limited cash available to clear other obligations with other financial institutions as borrowers preferred to get more interest from savings than paying off their loans in time.

While systematic risk rising from inflation affected some of the Banks, less than 7% of these financial institutions had a significant external impact. However, this will not be the case in 2020 as the looming general elections, and the COVID-19 pandemic has affected saving culture and loan repayment significantly with more than Ugx. 2 trillion already subject to restructuring.

b. Where NPLs hurt the most

While there was a significant shift in NPLs growing every year by more than 38%, there is a considerable set of client accounts that were exposed.

Figure 34: Non-Performing loans to Net loans including their exposure to customer deposits

Orient bank had the highest Non-performing loans to net loans at 19.65%, which exposed 8.9% of customer deposits to default exposure. The bank had a very rough 2019 suffering an impairment charge of more than Ugx. Seventeen (17) billion, which consequently wiped out most of the operating income, significantly leading to a loss after-tax.

Other Banks like Top Finance Bank and NC Bank suffered significant losses NPLs of 13.94% and 13.02%, respectively.

Citibank and Bank of India still had no non-performing loans every year. UBA’s NPLs dropped 68% to 0.06% of the loan book. The bank also had a remarkable 2019, although this was significant because it has most of its portfolio lent to the low-risk public sector. 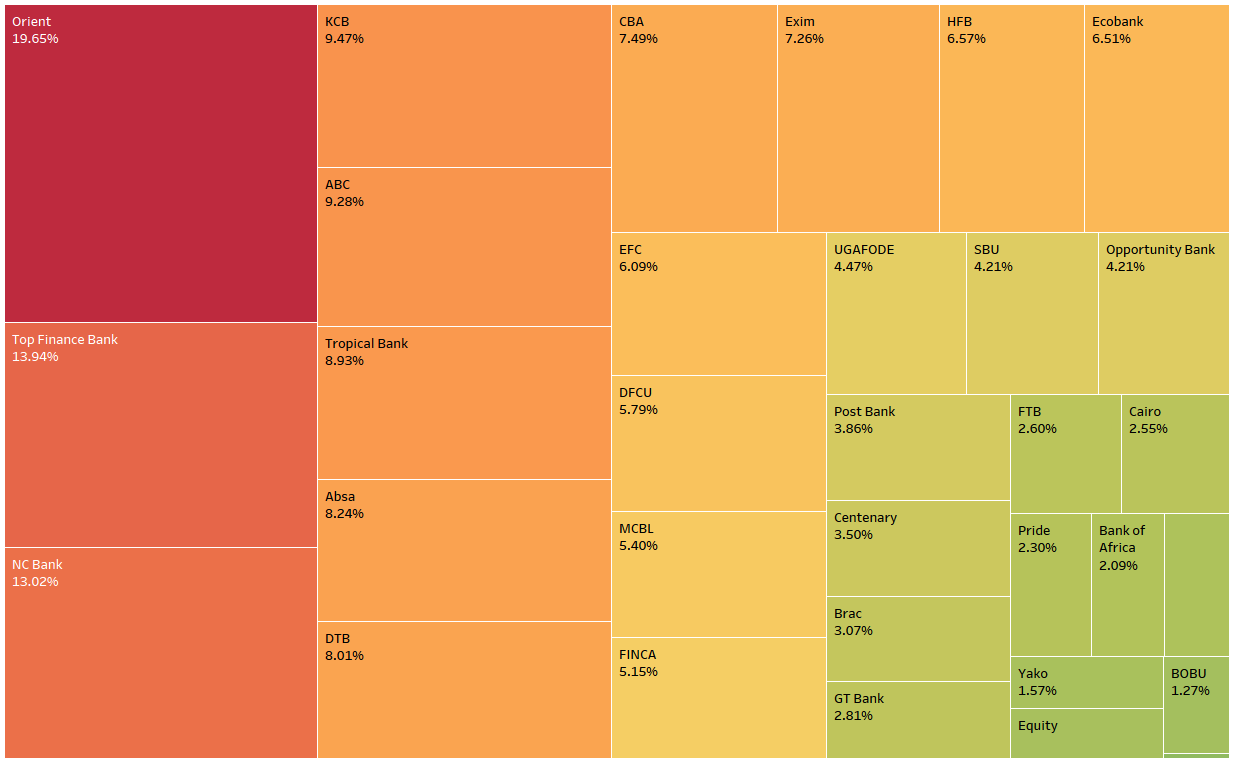 While for BRAC and EFC, this was a case of low customer deposits and higher leverage in terms of long-term borrowings, Top Finance Bank’s clients were significantly exposed, and this was also mainly due to the drop in customer deposits for the bank.

2. Who is exposed to the highest credit risk?

Commercial Bank of Africa had 7.97% of its net loans impaired as the bank continues to battle with high-risk lending as a result of its partnership with MTN Uganda through Mokash with limited monitoring and the bank’s ambitious move to increase financial inclusion. Other Banks like Tropical Bank, Orient, and KCB suffered significant impairment losses. Tropical Bank provided for Ugx. Eleven (11) billion worsening 12% every year, Orient provided for Ugx. Seventeen (17) billion growing by more than 1.9 times every year and KCB providing for Ugx 10 billion worsening more than Ten (10) times every year.

Tropical Bank (31.6%) and Orient Bank (27.1%) also wiped out a significant portion of their operating income resulting in substantial losses after-tax at the year-end.

These Banks had the highest risk clients on their loan books as of 2019.

3. Most significant Write-offs in the industry 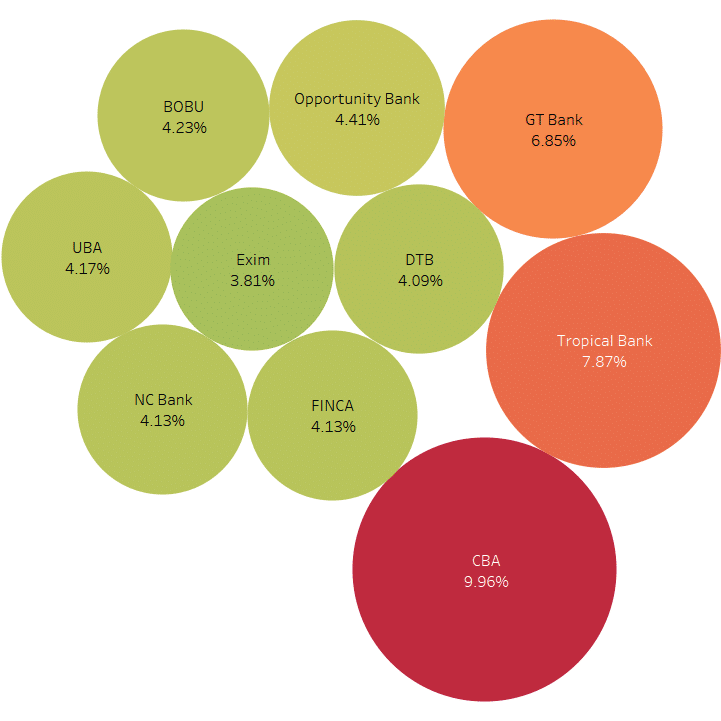 Commercial Bank of Africa reported the most significant write off of Ugx. 4.2 billion accounting for 9.96% of the net loans, the biggest write off to loan fraction. This was partly due to the looming merger that required the bank to clean out its loan book. Tropical Bank had a significantly big write off of 7.87% of net loans worth Ugx. Fourteen (14) billion following a bigger one in 2018 of Ugx. 17 billion.

GT Bank freed its loan book with a 6.85% write off which released the stress of impairment on its P&L, one of the reasons the bank managed to make its first profit after-tax in more than six (6) years.

PrevPreviousManagement Effeciency in Banking explained
NextThe state of banking 2022: What you should expect in the summitBI Bank Report 2022Next 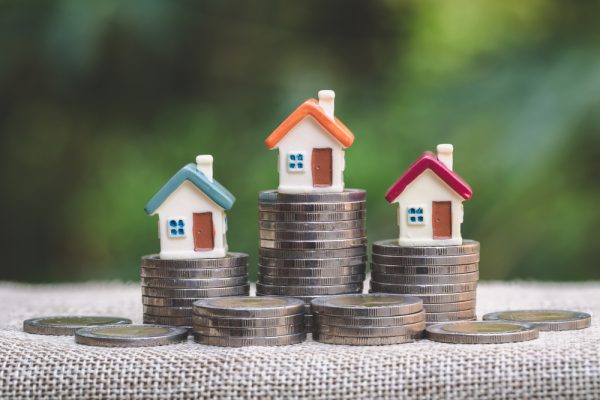 The state of banking 2022: What you should expect in the summitBI Bank Report 2022 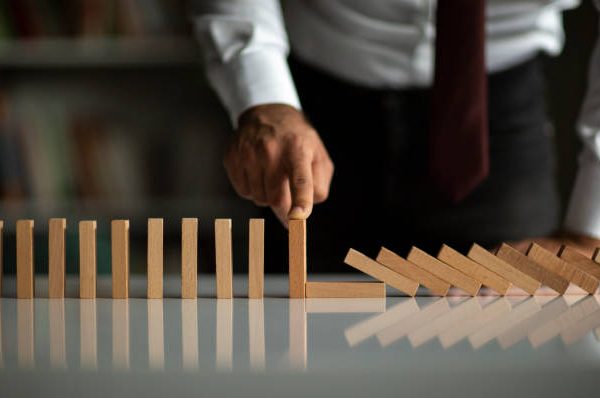 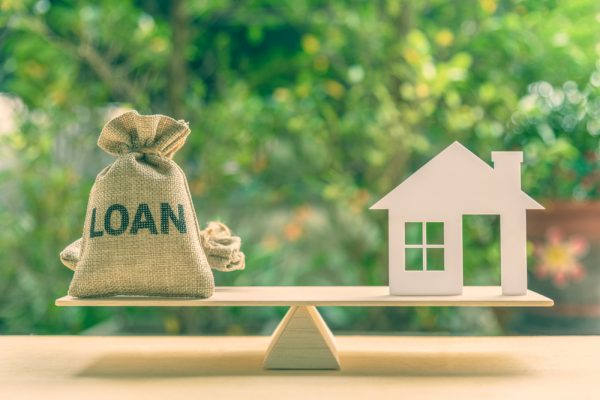