The re-advertised bid: Too expensive to bid for government projects in Uganda

Procurement fraud schemes come in many colors, below is one you cannot afford to miss. As you know, the business of most government institutions is about spending. They get money from the consolidated fund and must spend it in line with the approved budget. Since the revenue (allocation from the consolidated fund) and annual budget are clear, the management of the entities has creative ways to make money while ‘working within the budget’.

As a duly registered and experienced company, one of the local firms decided to participate. “Surely, we understand this public entity better. We are close to them. We have experience in this kind of work. It would be a disadvantage to our country if we chose not to participate in this bid, as we are in a better position to offer the best solution”, said one of the CEOs of one of the local companies while convincing his team to bid.

There are some bids you read and feel your company has over 90% chances of winning considering your capabilities, experiences, and resources. This was one of them.

The local company liaised with their international partners (owing to the specialized nature of the equipment), and put in a bid that was 100% compliant with the specifications in the bid document.  One of such specifications was bid security to a tune of Uganda shillings three million (the US $ 1,154). The local company had its bankers process the bid security quickly.

About two months later following the bid submission, the local company received a phone call from one of the staff in the procurement department that “after a special meeting attended by the user department and the procurement teams, the bid was re-advertised. Please come and pick the new bid documents.”

That was a shocker.

Imagine expecting a call that your bid was the best evaluated, only to receive the wrong news. The local company chose to probe further. It had to ask a few questions to make sure the caller was genuine:

Bidder [local company]: Ok, what has changed in the original bid? Can’t you just use our old bid?

Response: Nothing has changed. You just need to submit a new bid, with a new date.

Bidder: If nothing has changed in your technical requirements, why submit a new bid? Why not use the documents we submitted earlier.

Response: That is the procedure.

Bidder: What do you expect us to change in the new bid?

Response: You are not required to submit the bid security if it is not yet expired

Bidder: Why? We would really appreciate knowing?

Response: Of the five bidders, you are the only one who submitted the bid security.

What the price to pay for meeting the bid requirements?

After a management crisis meeting, the local company decided to abandon participating in that bid altogether. It is likely that one of the preferred bidders did not submit the bid security, and they had to find a way of selecting that bidder under the guise of ‘we are transparent.’ At least the local company management could not help legalize their scheme by participating. I hope their scheme catches up with them in the future in line with the boomerang law.

To make sure the local company forgets about the bid altogether, the company had to pick the bid security and returned it to the issuing bank to have it canceled.

The local company was required to pay another 5% to cancel it! That’s how expensive bidding in Uganda can be. It is tough playing with rough opponents. Call it the cost of fair play.

This is annoying. You go through the entire process and even receive a letter of offer. As you are happy and start on preliminary planning and mobilization to commence the assignment, you get a notification that the bid has been halted, due to some technicality. At first, you think that is a big mistake until you receive an official letter that the bid has indeed been halted. The next thing you hear, the bid has been canceled until further notification.

This just happened recently and it has left one local company with bid phobia – the fear of submitting bids.

Now, if you are in private business you know what prospecting means. Your budget for the cash flows only to be disappointed at the last minute. It is so frustrating. Why cancel a bid after sending a letter of offer? More questions than answers.  The challenge with PPDA procurement rules apparently whose formulation was funded by World Bank technocrats contains requirements that are at best non-value adding. One has to submit over 5 copies of a 100-page proposal (yes 100 pages of unnecessary write-ups). No emphasis is placed on evaluating the technical competence of the bidder. The process is to justify manipulation and make it difficult for ‘new startups’ to bid and compete for juicy government jobs. In the end, great projects end up being awarded to bidders from abroad. And you wonder why the Ugx is always losing against the hard currencies.

The major cause of procurement fraud in Uganda is a conflict of interest. The government has deliberately allowed public servants to run private businesses regardless of their official jobs. They have advised them that “we know that government pays you poorly. So to supplement your salaries, go run private businesses.” You find that someone in Agriculture, say in NAADS, has a private farm.

At their private farm, the best seedlings are where they will be found. Much as it is good for public officers to be entrepreneurial, there must be restrictions of the kind of businesses they are allowed to join – so as to reduce potential and perceived conflict of interest. If one is in the Ministry of Agriculture, they should be allowed to engage in a business that does not directly relate to what they on their day jobs.

Now it is going to the extent of one official declaring a conflict of interest and excusing themselves from a procurement. Given their seniority and dominance over the “procurement committee” conflict of interest declaration – though originally thought of as the most effective strategy for addressing conflict of interest situations, does not work. In the Ugandan context, it serves to encourage people to “please the boss” by giving his company the award anyway.

He knows all of the members and if his company does not get, they may not sit on the same committee the following day. Welcome to Uganda.

Another scheme that is killing our country is undocumented kickbacks. This one, become too big an issue in Europe and America and they called it “tip.” In Uganda, it is a kick-back; a thank you. It is in high gear. Only covert operations can unmask it. However, because two parties are willing, it is damn a tough call.

PrevPreviousFinancial inclusion: Is Uganda on track?
NextThe best advice I ever got – error on the positive floatNext 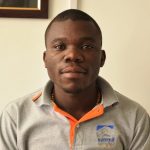 Godfrey Ssenyonjo is a professional accountant in the making pursuing his CPA. Godfrey has previously worked as the General Manager Summit Business Publications Ltd. He speared the transformation of the magazine into an online digital magazine accessible world-wide. He changed career into consulting with key interests in the finance. He has championed IFRS 9 and IFRS 16 implementation at several banks. Has made several Board briefings to many financial instructions.
More from Author 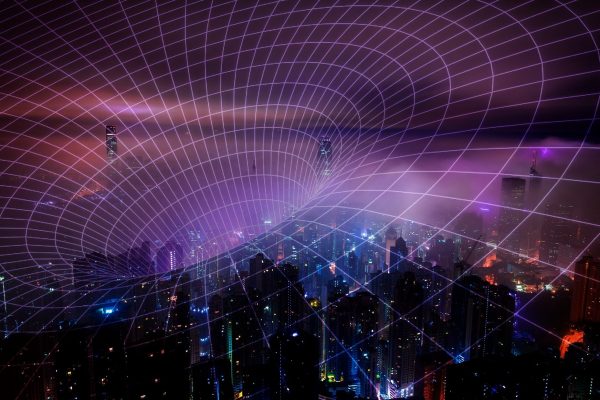 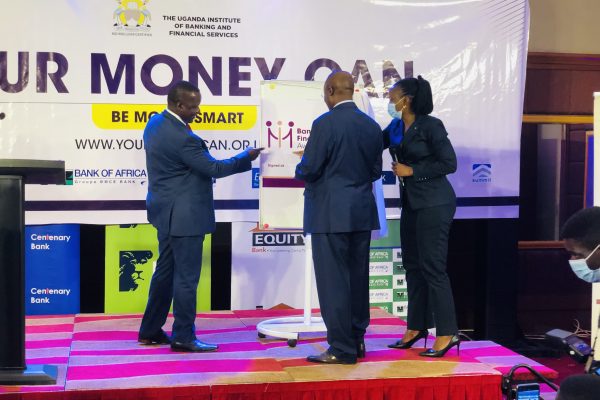 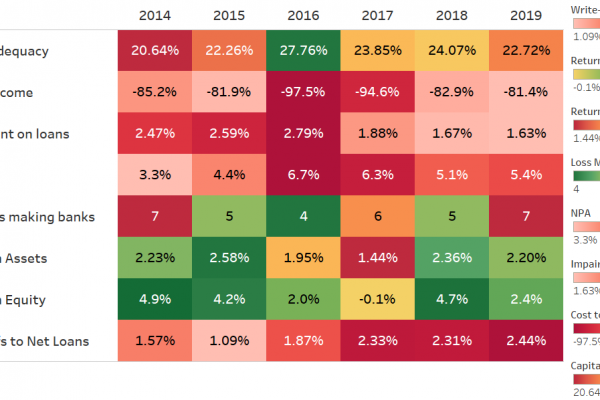 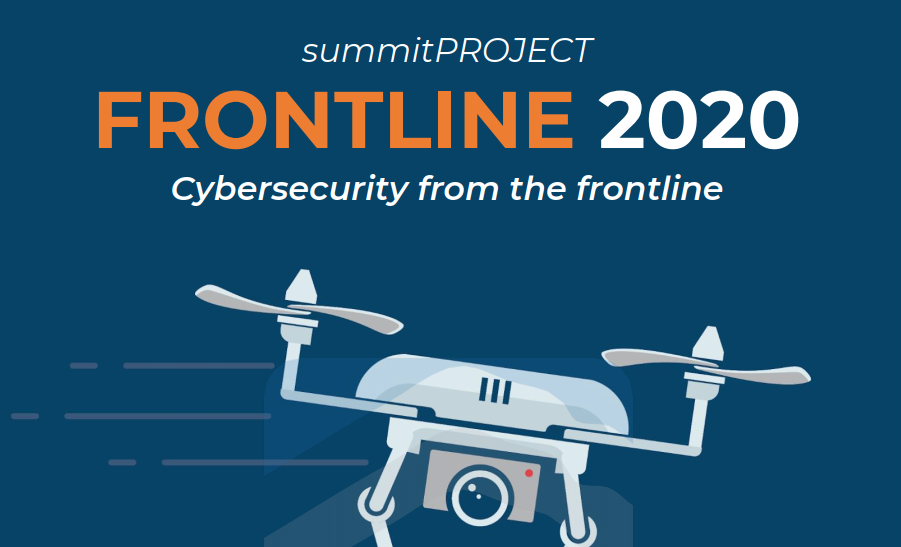 summitTOR
summitCAREER
summitRFP
getCERTIFIED
getMOTIVATED
submitTICKET
summitCAREER
summitRFP
summitFORUM
getCERTIFIED
getMOTIVATED
submitTICKET
Scroll to Top
Chat with us
Chat with us
Questions, doubts, issues? We're here to help you!
End chat
Connecting...
None of our operators are available at the moment. Please, try again later.
Our operators are busy. Please try again later
Have you got question? Write to us!
This chat session has ended
Was this conversation useful? Vote this chat session. Good Bad